How Did Life Insurance Come Into Origin? 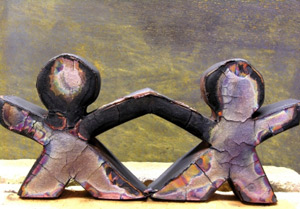 The origins of Life Insurance date back over 5000 Years!

The History of Life Insurance

The History of Life Insurance can be traced back some 5000 years ago. There weren’t any documents to support the insurance policies, but there were still ways to promote it. The definition of insurance is to have coverage against a risk and if someone wants to protect one’s life, he/she can purchase the life insurance policy.

The first of all the life insurance policies

The concept of life insurance can be traced back to China some 5000 years ago. Insurance as in then was protection against pirates at sea. The way to protect a ship from falling into the hands of pirates was to allow other ships to carry the cargos of different ships so that if a ship was attacked by pirates, most of the important things could be recovered. Apart from the ways China used to protect the ships from the pirates, even in Babylonia, many of the traders used to take risks of the caravan bearers and used to ask them to give a certain amount of money to the traders. The money was returned to the bearers when they brought back the things to the traders.

Life insurance policies also could be traced back to Rome in 450 AD when many burial clubs were formed and the funeral expenses were covered. Even the survivors of the dead people were given money to support them. The concept of life insurance had already taken its roots in the middle ages and in different parts of the world.

Since the Great Fire in New York in 1835, people started taking life insurance quite seriously and then after the disastrous fire in Chicago in 1871, people understood how fire can lead to deaths and destruction. Massachusetts was the first state to allow companies to offer life insurance policies in 1837. When the age of industrialization came into being, more improvements were done to life insurance companies.

In the late 19th century a lot of societies were formed to provide life and other health insurance to the members. The members were allowed these policies for less and were also covered against accidents and other fatal sicknesses.

Juanita Martinez is associated with the AmPmInsure Community and has been offering her suggestion on insurance to the community since 2007. Besides this, she has also written contributory articles for various financial sites. Few of her articles would include names like Ho3 Policy: An open peril insurance, Insurance for fire damages and Buying life insurance on someone without their consent.